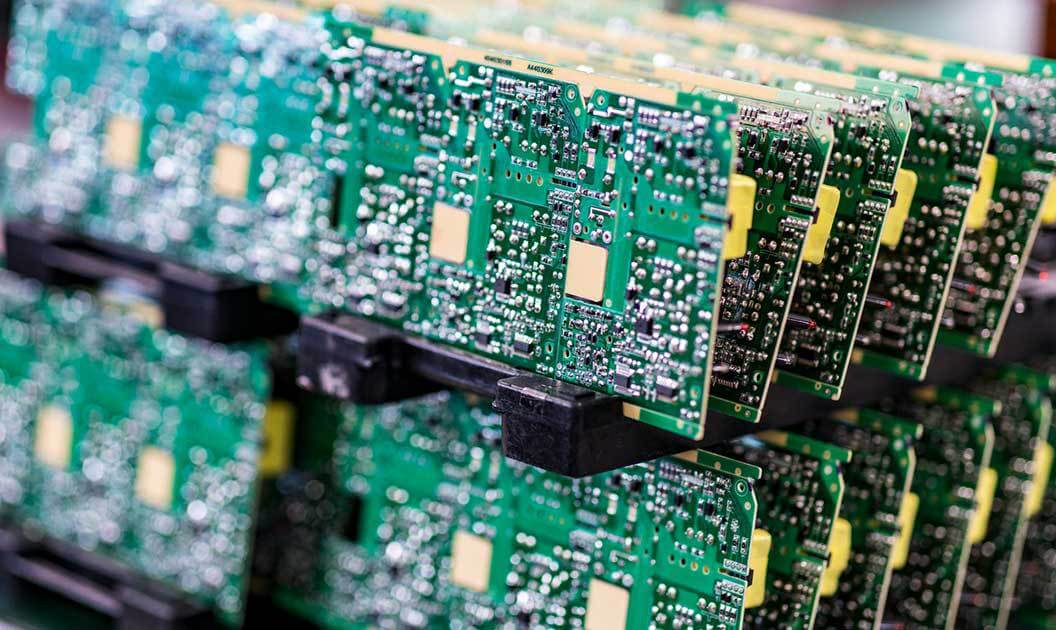 As a business, getting great deals is what drives a healthy profit margin. As a computer parts business you should look to China for some amazing deals on the latest tech.
By
Joey Rizzolo
December 9, 2022
Share This Article

Importing computer parts from China is profitable and very popular among US importers. China is an economic juggernaut on the world stage, and the constantly evolving technology sector is thriving in Asia. Regardless of increased taxes, China is still an incredibly viable option for any importer of computer parts.

Find out why in this article which discusses China's economic output and how to import computer parts and accessories into the US.

In the world of electronic components and the various accessories that go along with them, China is a world leader in terms of manufacturing and production. According to the World Publication Review, “China is the largest manufacturing economy in the world.”

China has numerous manufacturers and suppliers that produce and distribute computer parts worldwide. Everything from mice and keyboards to audio and video cards to hard drives and cables. Amazing deals on these components are only an import container away.

Although China currently does not manufacture its own microprocessor chips, often referred to as central processing units (CPUs). A company called HiSilicon, owned by Huawei in Guangdong, is working on developing its own CPUs to enter the market.

China is investing in making itself technology independent as part of a greater initiative set by Chinese president Xi Jinping. The focus is to make China the leader in both technology and the sciences as it relates to economics.

American, South Korean, and Taiwanese companies like Intel, Samsung, and TSMC produce and sell chipsets to China. These are secured to circuit boards made in China and then exported again worldwide.

The top three sources of computer chips for Chinese manufacturers are:

It is important to note that TSMC is the leading supplier of chips to some of the world's largest manufacturers of computers, graphics cards, and more. Industry giants like Apple, AMD, and Nvidia rely heavily on chips from Taiwan to make their products in China.

Companies like Apple have a long history of manufacturing their computers, phones, tablets, and accessories in China. This partnership is due to the incredible cost savings from labor, efficiency, and good working history.

Regardless of this exchange, the Chinese wish to have zero reliance on the global economy, produce solely for themselves, and sell their goods worldwide. This course of action would solidify them as the world's definitive economic leader.

USA CUSTOMS CLEARANCE
One Mistake Can Cost You Thousands

Which Computer Parts are Made in China?

As mentioned earlier, China does not currently mass-manufacture any microprocessors or their components. Three components make up a CPU, and they are:

One of the biggest mistakes people often make is assuming that the term computer refers to a desktop or laptop. This statement is so incredibly false. A computer is any kind of electronic device that can compute operations and commands. So what does this mean exactly?

It means that devices like tablets, smartphones, smart TVs, and more make up the computer parts category. Most electronics today use components found inside a computer. They are just shrunk down to fit inside the device's casing.

Examples of devices that use computer parts but are not referred to as a computer are:

The list above is a small snapshot of devices that use computer parts to function and operate their tasks. With current technology, computer parts can be shrunk to unimaginable sizes, perform with little to no cooling, and operate virtually silently.

Computer parts production in China is at an all-time high. With strategic partnerships worldwide but mainly in the US, the Chinese have established themselves as a major exporter of this technology.

The computer parts industry is vast and has expanded over the years into other business sectors. Now in the common era, devices pop up every day with a new smart version of themselves. These promise to improve how we use that device and how it functions.

As an importer of computer parts, you can see the value proposition in terms of cost thanks to China’s low labor cost and production standards. Speaking with a customs consultant when you are planning to import will equip you with the confidence to stay ahead of the curve.

Importing Computer Parts from China: 10 Parts of a Computer

Computer parts really are a blanket term when thinking about advanced technologies. The product category covers everything that makes up a computer and allows it to function. However, as it was discussed in the previous section, computer parts make up more than just traditional computers.

The one constant in the computer market is the parts themselves. Regardless of change or adaptation, these parts remain the same in how they connect and what they do for a computer. The only differences that come with improvements are performance and efficiency.

Import Values of Computer Parts and Accessories Imported from China

The table illustrates how massive the computer parts and accessories trade is between the US and China.  Some or all of these components are also used in other technologies besides a traditional desktop, laptop, tablet, or smartphone.

The 10 most essential parts of a computer system include the following.

The components above are always in high demand here in the US. As an importer of these goods, there is a tremendous value and savings associated with these products. In the past, products from China were always tagged commonly as cheap or lacking in quality.

This idea is directly tied to the incredibly cheap labor pool and mass market output. However, technological advancements and quality control have changed that narrative over the years.

Who Are The Top 10 Computer Parts Manufacturers in China?

It is important to secure a reliable trade partnership in any overseas venture. Maintaining an adequate and reliable supply chain is important for any business. This statement is especially true when a particular commodity is only available overseas.

Fortunately, the US is China’s biggest trade partner in the global community. The US is still negotiating future investment treaties with China, which will undoubtedly open additional doors with Chinese businesses should these investments prove promising.

Large-scale manufacturers you should become familiar with include:

These are reputable and established manufacturers offering a wide variety of services.

When you are doing business in foreign countries and trying to establish lasting relationships, you must familiarize yourself with their customs and etiquette. You will get more out of doing business in China if you adhere to good business practices.

The Chinese appreciate modesty and patience above all else while also being polite and respectful. The emphasis on personal business relationships is a hallmark of how the Chinese do business.

Our experienced customs brokers have a wide breadth of manufacturer information to aid in identifying potential partnerships and finding a supplier overseas. Our industry experts steer your import business in the right direction when it comes to dealing with Chinese suppliers and manufacturers.

Are There Import Regulations on Computer Parts from China?

When importing goods directly from China, federal agencies strictly enforce various regulations depending on the commodity. A customs consultant can identify which agencies regulate your imported goods.

A customs broker will facilitate any necessary steps during the import process to ensure that no fines, delays, or seizures happen at any point in the process of importing.

Regulating agencies include the following:

The US CBP is the federal body that governs and oversees all goods being brought into the US. It is their responsibility to ensure that the laws and safety measures of the US are respected and adhered to when goods enter the country.

The FCC is involved since computer parts are designated as electronics. All computer parts must acquire FCC certification before arriving at a coastal port. Both the CBP and FCC have standard documentation requirements. The CBP may request more specific documentation for new products entering customs for the first time.

When importing computer parts directly from China, it’s essential to familiarize yourself with the international Harmonized System (HS). The HS code is an export and import classification system managed by the World Customs Organization (WCO).

The significant difference between HS and HTS codes is the following:

USA Customs Clearance offers an incredible HTS Lookup Tool that can narrow down and provide precise import codes for all your computer parts imported into the US.

Navigating and importing the latest in computer parts can seem daunting. USA Customs Clearance has a dedicated team of consultants and licensed customs brokers with decades of combined experience.

Our team of consultants and brokers put their skill and care to the test to best meet your needs. The team provides world-class support services to assist the import process when dealing with Chinese suppliers and manufacturers.

Whether you are familiar with importing or new to the process, our services take out the stress and reduce the risk of making mistakes that can cost you time and money. Give yourself peace of mind and let the professionals handle your imports with an unmatched white glove service.

You can click for more information or call us at (855) 912-0406 and start shipping and importing with the best and most reliable consultants and brokers in the industry.