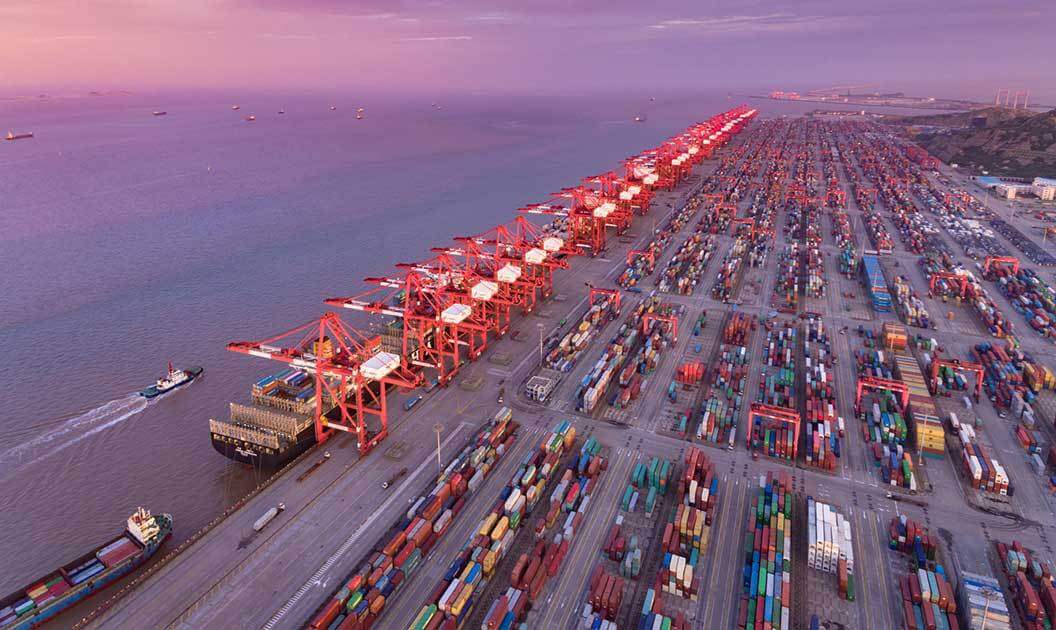 There is a delicate process necessary to balance domestic industry against profitable import ventures. See how anti dumping duty rates play a role in keeping both sides happy and how you are affected by such duties as an importer.
By
Natalie Kienzle
September 16, 2022
Share This Article

Anti dumping duty rates are determined by the level of damage a foreign import could have on domestic industries. Importers need to be aware of the tipping point at which anti dumping duties go from reasonable import tariffs to a profit robbing money pit. Protecting your import profits for certain products then becomes a delicate balancing act.

The Department of Commerce (DOC) makes recommendations for anti dumping policies. The International Trade Commission (ITC) makes the duties official. Customs and Border Protection (CBP) is responsible for collecting the duties during import processing. Rates depend on the difference between the exported and domestic products.

Learn how anti dumping duty rates are determined and who is responsible for payment during the import process.

Anti dumping duties are applied to counter the economic effect of dumping on the domestic industry. Dumping is a term used in the trade industry to identify the practice of flooding a market with a cheaper, foreign manufactured version of a local product.

There is more than one way this is done, but they all amount to the same thing - the introduction of unfair competition. Local industries may find they can’t compete with foreign pricing and eventually go out of business.

The practice itself isn’t illegal and not all products imported through dumping are bad. However, it becomes a problem when it gets to the point of doing material injury to an industry. The U.S. has reached a point where it considers anti dumping duties as a Priority Trade Issue (PTI) due to the great potential for economic harm and revenue loss.

The Department of Commerce (DOC) and the International Trade Commission (ITC) want to encourage free trade, but in a way that creates healthy competition.

Their response to unfair dumping comes in two forms:

The United States is a member of the World Trade Organization (WTO), an international body dedicated to fostering free trade principles between its member nations. When nations join the WTO, they agree to follow their guidelines on when and how to impose anti dumping duties.

In theory, this is meant to ensure that no members impose anti dumping laws unfairly. The objective usually isn’t to stop imports, but to control them in a way that allows local industries to compete fairly. Fair competition drives product innovation and growth - that is their ultimate goal.

As mentioned, anti dumping duties are in place to protect local industries. By charging anti dumping duty, importers have to sell the dumped product at a price close to or equal to similar domestic products to make a profit.

The profit that Company A makes goes back into salaries, production, and profit. Comparable products from other foreign companies might sell for a few dollars less or more but fall within acceptable margins.

Company B, however, has found a way to drastically slice its production costs, allowing it to sell sheet metal at a significantly lower price.

When Company B started selling its sheet metal for $20 less than the average competition, including Company A, comparable pricing was lost. There may still be loyal customers who will pay more, but it’s unlikely to make up the difference.

What happens in the long term? Company A may be forced to cut its prices and lower production amounts. This can lead to a loss of jobs as well as investors. In the worst-case scenario, Company A goes out of business.

Other foreign importers, also unable to compete with the lower prices, stop importing to the U.S. to seek more profitable markets. Company B is now the main distributor for sheet metal and can influence pricing up or down with little competition.

Are low prices a crime? In these cases, the answer might be yes. Thanks to antidumping regulations, interested parties, such as the sheet metal industry, can file petitions with the DOC to investigate these cases before they become critical.

Of course, not all investigations result in anti dumping duties. As a member of the WTO, the U.S. agrees to follow the guidelines for determining a damaging level of dumping.

An anti-dumping investigation is concluded without the imposition of fees with the following findings:

If evidence of dumping is found, the results are released to the WTO. The country accused of dumping then has the option to manage the pricing problem on its end to avoid having an AD duty put in place.

Depending on the outcome of a joint DOC and ITC investigation and the other nation’s response, an official notice is issued and the CBP starts collecting the anti dumping duty at the time of import.

More information on antidumping investigations and their impact are available in the article, “Antidumping and Countervailing Duties: Balancing World Trade.”

Once an investigation has found that dumping is taking place, the next step is to calculate anti dumping duty rates appropriate to the situation.

Depending on the severity of the dumping and its impact on U.S. domestic industry, there are two possible goals for imposing a duty.

To meet those goals, the U.S. has three different ways of calculating what a product’s ‘normal’ value should be when compared to domestic prices.

If these examinations show that the importing country is paying less for the product than what is being charged to the exporting nation’s buyers, dumping is usually confirmed.

While an investigation is being conducted, the International Trade Administration (ITA), actually sets the initial deposit amounts and will calculate the final rates if needed.

Initial deposits can range anywhere from 0% to 1731.75% of the export price. While this may seem extreme, it’s partially due to the PTI status given to investigations. Final rates usually fall somewhere between 0% to 550% of the final cost.

The higher the AD rate, the more impact dumping could have on the U.S. economy. The lower, and therefore more reasonable rates, are generally given to imports with a relatively small cost difference or one that is not having an overly significant impact on domestic industry.

How Common are Anti Dumping Duties?

Economic difficulties resulting from the effects of the Covid-19 pandemic have increased the rate at which many AD laws are applied. In January of 2020, the U.S. had the CBP enforcing 503 anti dumping and countervailing duty (AD/CVD) orders on products from 49 different countries.

As of August 2022, the CBP is enforcing 662 AD/CVD orders in 59 different countries. In a little over two years, a significant amount of products and nations have been added. Before choosing a product or an exporting country to source from, it’s best to do some research on how many anti dumping agreements you may need to bypass.

Imports from China have been especially under fire for various reasons. When importing products from China, you need to closely examine various regulations and fees. These include AD/CVD orders, Section 301 Tariffs, and the Xinjiang Import Ban. It doesn’t make profit impossible, but it does require careful guidance from an experienced customs broker.

Other times, you should focus on the product itself. In these cases, no matter what country you are exporting from, the AD rate is likely to be similar.

You may be relatively safe when importing mineral products. On the other hand, you should most definitely navigate the import process with care if dealing with the steel industry.

Either way, consulting with an experienced customs broker is the best way to ensure you aren’t surprised by AD fees for any product you import, no matter where it’s from.

Yes, anti dumping duty rates can and do change but only under specific circumstances.

The first is when an AD case goes from being under investigation to the final decision.

During an anti dumping investigation, the CBP will collect an AD deposit whenever the product is imported. The deposits are in place from the time the DOC and ITC begin their official investigations. Most investigations take less than a year but may stretch out further. After the DOC makes its official decision, the ITA then calculates the official duty rate.

This entire process may take two to three years. In the end, the ITA’s official AD rate may stay the same or be higher or lower than the deposit fee importers were paying.

If the new AD fee is lower:

If the new AD fee is higher:

On the one hand, the change in the AD rate may result in you getting your money back. On the other, you could be billed retrospectively and pay more than you did originally. If the final assessed rate is unchanged, then you continue business as usual. This is yet another reason to be careful if you begin importing a product under investigation.

The second way that AD rates can change is at the time of review. Again per WTO guidelines, an anti-dumping duty must expire after five years. This is known as the Sunset Clause. Before officially expiring, the U.S. conducts another investigation to see if dumping is still necessary.

The end result could result in a few possibilities:

There is a chance that an AD duty is reviewed before the Sunset Clause expiration date; however, a significant amount of data is needed. This might happen if both importers and foreign nations feel that an AD duty is being unfairly imposed.

Importers cannot force buyers to pay an additional fee that covers anti dumping duties. Buyers have no direct connection to the CBP if they aren’t the importer of record.

If you wish to explain a price hike to your customers in these terms, that is between you and your customers. A buyer who is refusing to pay an additional fee laid out in those terms isn’t held legally liable to the U.S. government or any tax collection agency. It remains a dispute between seller and buyer.

More information on payment can be found in our article, “How to Avoid Anti Dumping Duty.”

Who Is The Official Importer of Record?

The importer of record is officially determined by whichever Incoterms the importer and foreign seller have agreed on.

The role is usually filled by:

In the event that your buyer has agreed to be the importer of record, only then are they responsible for the AD duty payment.

The importer of record has several responsibilities besides being liable for duty payment.  For more information on this, check our our article, “Importer of Record (IOR): Everything You Need To Know”.

USA CUSTOMS CLEARANCE
Keep Your Profits With Your Next Import

If the thought of losing out on your profits because of anti dumping duty rates is keeping you from importing, fear no more. USA Customs Clearance is here with expert advice to clear the way.

As a consumer-based economy, there is a tremendous opportunity for importers to find the next greatest trend. Import smart and import for profit when you have the guidance of the industry-leading team at USA Customs Clearance.

Our licensed and experienced Customs Consultants can work with you 1-on-1 to plan your next import and help you avoid unpleasant surprises at the end.

As part of our extended services, we also offer:

Not sure just what you might need? Check out our special offers on New Importer Bundles, meant to provide you with a solid foundation from which to launch your next great enterprise.

Call us today at (855) 912-0406 to speak with someone directly or schedule a consulting session online now.