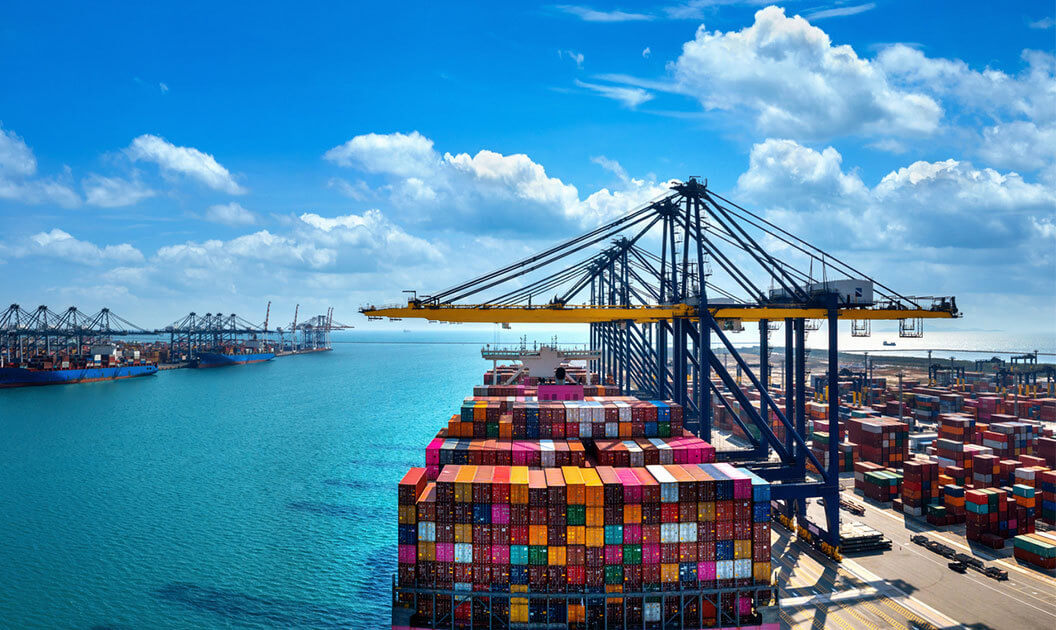 Figuring out a tax rate that changes even for products within the same country can really stress you out. Breaking down import tax into basic parts makes it easier to see how your imports may be affected by these situations.
By
Natalie Kienzle
October 4, 2022
Share This Article

The International Trade Administration (ITA) calculates final countervailing duties after the Department of Commerce (DOC) and the International Trade Commission have ruled on an unfair subsidy. It replaces the preliminary fees set by the DOC during the investigation. Calculations are based on factors like assessable value.

See how foreign subsidies create a need for countervailing measures and how they affect imports.

Taxes on imported goods are nothing new. Revenues made from import tariffs fund various organizations and services within the United States. As a consumer-driven economy, our tariff and trade practices make it easy for foreign economies to benefit.

Unfortunately, those same trade practices can have a negative effect on domestic industries. Foreign nations, hoping to boost their own economies, provide financial help to companies planning on exporting products.

This financial help can bring down the cost of production so that large-scale exporting is possible. Once in the U.S., sale prices are well below what domestic producers can achieve.

Countervailing duty calculations start by trying to find the exact price difference made possible with the government’s financial aid.

Exact calculations take time and are influenced by a range of factors such as:

Investigations into unfair subsidization can take almost a year. In the meantime, the DOC will actually set an estimated duty amount - a provisional measure. The DOC decides the amount during the preliminary determination.

Customs and Border Protection (CBP) collects the amount as a deposit if and when investigated products are imported. The International Trade Administration’s (ITA) Enforcement and Compliance division calculates the final countervailing duty (CVD) if needed.

What is Countervailing Duty?

Countervailing duties fall into the same category of import taxes as anti dumping duties. Both work to prevent unfair price competition between imported and domestic products.

A countervailing duty is a tax charged on goods imported from a country or exporter that has received government financial aid.

Not every product made with the help of government funds is on the hook for countervailing duty. The DOC and ITC investigative processes are there to make sure of that. The U.S. is also a member of the World Trade Organization (WTO), which has guidelines meant to prevent the indiscriminate application of CVD orders.

For a CVD to go into effect, the investigation has to prove one of two things:

The first is much easier to find evidence for. Take the steel industry as an example. It’s an industry that has been around for many years and has established economic impact. After experiencing a financial collapse in the early 1980s, we also know how important protections are.

At the moment, it’s an industry that provides over 400,000 jobs in terms of actual production. It impacts a variety of connected markets. Protecting that industry means protecting those jobs and related markets.

The second way an investigation leads to CVDs, negative impact on a rising industry, is a bit trickier. Since there isn’t as much established history, other factors are used.

In most cases, the goal isn’t to stop imports from coming in. Imports create competition, which actually drives growth and innovation.

As much as people might like an underdog story, it doesn’t make for a sound economic strategy long term. Genuine competition is usually only possible on an even playing field.

Unfortunately, there are major societal and economic differences between the U.S. and other nations. Creating an even playing field takes some serious number crunching.

When we mention government financial assistance, we’re talking about subsidies. Within the field of international trade, a subsidy is a monetary benefit granted by the government to businesses and manufacturers.

A subsidy can take on different forms.

Direct subsidies are straightforward. Imagine a button factory that wants to lower production costs and redirect that money to exporting. To turn a profit in the U.S., importers need it to have a final export price, or landed price, equal to or less than existing button prices.

Continuing the example, the government agrees to pay 10% of the production costs for buttons in-country. The 10% the company is saving on production allows it to sell buttons to the U.S. where they are sold at a competitive price.

An effective subsidy is beneficial on many levels:

Going back to the button example, the origin country benefits from increased sales which bring in investors and money - all good for the economy.

Consumers in the destination country have access to buttons in all shapes, sizes, and so forth. Domestic button manufacturers start creating buttons with greater variety and investing in their factories to improve quality and yield. This creates jobs on many levels.

That scenario would be the gold standard of any agreement on subsidies between nations. Realistically, this is very difficult to achieve.

Indirect subsidies, although not granted as payments, have the same goal. Instead of just paying the button factory, they may take a related action to save the industry money.

With any subsidy, it’s still the responsibility of the industry to take full advantage of it. Governments might place conditions on subsidies to make sure funds are being used correctly.

However, a subsidy can sometimes go too far. Production costs in the U.S. manufacturing industry are often higher than similar operations in other countries. That means it doesn’t take much to tip the scale into the import products' favor.

To rebalance those scales, the CBP enforces the payment of CVD orders.

When Do Subsidies Result in Countervailing Measures?

The export subsidies that foreign governments grant are beyond the scope of U.S. authority. There are just too many products from too many places to track how each one is treated.

In most cases, a subsidy is only investigated when an interested party submits a petition. Trade organizations, labor unions, and large corporations are the most common petitioners.

For a petition to result in an investigation, at least a minimum amount of statistical data is required. The more accurate the data, the greater the chances of an investigation taking place.

This is a considerable amount of information, but by itself, it still won’t result in countervailing measures. At most, this information is used by the DOC to set the provisional measure collected by the CBP as a deposit while the investigation is ongoing.

As mentioned, a subsidy will only result in countervailing measures if the DOC and ITC investigations both find evidence of current or potential economic harm.

How to Calculate Countervailing Duty

Just because a product has a CVD order doesn’t mean you should avoid importing it. Some orders are very reasonable and perform the basic function we’ve already discussed - encourage fair trade rates.

A simple example of this would be the CVD order on off-road tires from India. Currently, there is a CVD owed on various types of off-road tires identified by 39 different HTS codes. The amount of CVD varies according to the source.

In this case, your CVD rate depends on which Indian exporter you get off-road tires from. There are two companies with specific rates, and then a national average. In all cases, the CVD is less than what most of us pay daily in local sales tax. By import measures, it’s reasonable.

If you know the percentage of CVD and the value of what you are importing, you can calculate an estimate of your CVD payment. As an example, let’s use the 4.94% charged for standard exports.

Calculating your own estimate is fine but it is just an estimate. For the final amount of duty owed, it’s best to work with a Customs Broker who can check with ongoing reviews and investigations.

Subsidies and countervailing measures aren’t the most exciting aspects of importing, but it is necessary to understand them.

You can look up CVDs by commodity on the ITA’s website if you are trying to plan ahead. There is plenty of useful information, including:

A simple search like this can also help you avoid some of the very high CVD order products. Some duties are as much as 300% of the product value, making it almost impossible to profit from.

How Do I Avoid Countervailing Duty?

The only real way an importer can avoid all CVD orders is to not import products that fall under them.

Outside of that somewhat extreme scenario, there are some management possibilities to make sure you don’t overpay.

Always find out as much as you can about products you plan on importing. Once you actually start, make sure you stay updated on any related trade developments or investigations.

If you’re really lucky, the DOC might even reach some kind of suspension agreement on subsidies and countervailing measures. This is when an investigation of the DOC finds dumping or unfair subsidies but manages to make a deal with the exporting country. CVDs are dropped so long as the deal stays in place.

These kinds of agreements are very rare, so it isn’t something you should actually plan for.

Countervailing vs Dumping: What’s the Difference?

Countervailing duties and antidumping duties are often grouped together. They both serve the same purpose and it’s very rare for an investigation into unfair subsidies to limit itself to countervailing.

Let’s break it down further then.

By definition, countervail means ‘to compensate for’ or ‘to pay back’. Since subsidies are at the core of CVDs, the money from a countervailing tax is seen as paying back to the U.S. what a foreign government provided to the industry to help it out.

In economics, it’s a version of TAANSTAFL - there ain’t no such thing as a free lunch. One manufacturer’s government assistance check is another importer’s entry fee.

Where does dumping fit in?

Dumping is an action taken by other countries when a product from that country is selling so cheaply that it can be imported in mass quantities. In other words, the market is getting dumped on or flooded by a product.

An overabundance of product tends to lower the price customers pay. Customers are happy, but businesses selling a similar domestic product will have a tough time demanding high prices.

An export subsidy can easily create a situation that makes dumping possible. Looked at from that point of view, the only real difference between an anti dumping duty and a countervailing duty is whether or the dumping was made possible with government assistance.

Understanding how to calculate countervailing duty and other ins and outs of the importing process can take years of trial and error. Some import laws are very fluid, especially when it comes to tariffs and duties.

Avoid some of those errors by partnering with USA Customs Clearance. We’ve been through the learning curve and then some.

Want to know how to calculate countervailing duty? Need guidance on filing paperwork? Looking for ways to keep your supplier information from competitors? Done. Done. Done.

We offer a variety of services for all your import needs:

Call us today at (855) 912-0406 to find out more or schedule a consulting session online now. Brings us your import needs. You’ll be glad you did.